Posted on October 13, 2013 by buckstravelnews

It’s been a great week here at the MAPS RV convention.  It’s a time of refreshing and fellowship with some old friends and making new friends.  But it all came to an end Friday as everyone started to move out.  By Saturday morning the place looked empty as most everyone had gone home or gone on to their project. Well you might asked “why are you still there?” Well when we called the place where we are going on Friday morning we were told that there wouldn’t be anywhere for us to park until Saturday Oct. 19.  I guess there are several large craft fairs going on in the area and all the RV parks are full.  This is aggravated by the fact that all the COE parks are closed due the the shutdown.  We were going to stay here a day or two anyway so we will just stay a few more days and then move on to Springfield, Mo. were we will stay at the MAPS RV park before moving on Saturday to Rogers Arkansas where we will be working on a building project.

Here are a few pictures from Convention.  Some of these other people took and I am just using them.

Tuesday night a Teen Challenge Choir from Cape Girardeau, Mo. did the service and it was a moving experience.

Following the service there was an ice-cream social in the Activities Center. 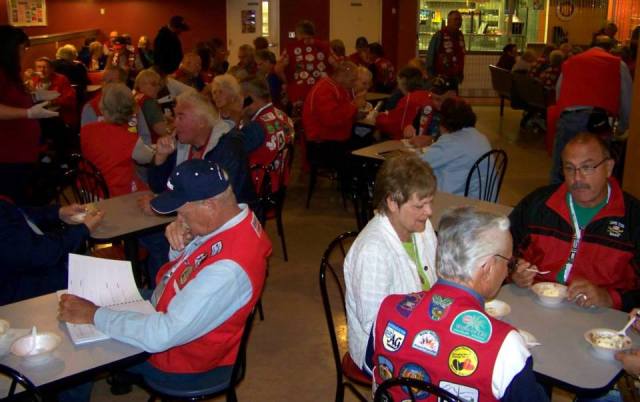 Wednesday evening was a free night and in our area we had a pot luck get-to-gether.  There were about 70 people there and we had a great time of food and fellowship.

After eating we sang a lot of old chorus’ around the campfire. A lot of the songs we sang I hadn’t heard in many many years. 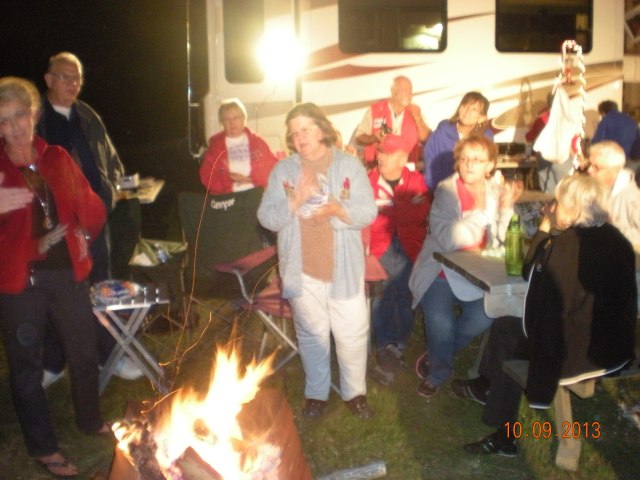 Everyone had a great time.

Thursday evening everything came to an end.  Much time was spent sharing hugs and good-byes with many old and new friends which we may never see again or at least not for some time.

Friday we just spent the day watching other pull out and getting a few things done that had been put off all week.  By Saturday morning there were only a few rigs who were still.  Saturday morning a saw on line that there was a Pumpkin Festival in the little town of Girard just north of here.  So we decided since we had nothing better to do to go check it out.  It was small but they had a few craft booths and food booths set up and it was a way to spend part of the day.  The highlight of the event was the “Pumpkin Chunkin”.  There was only one catapult chunkin unit. 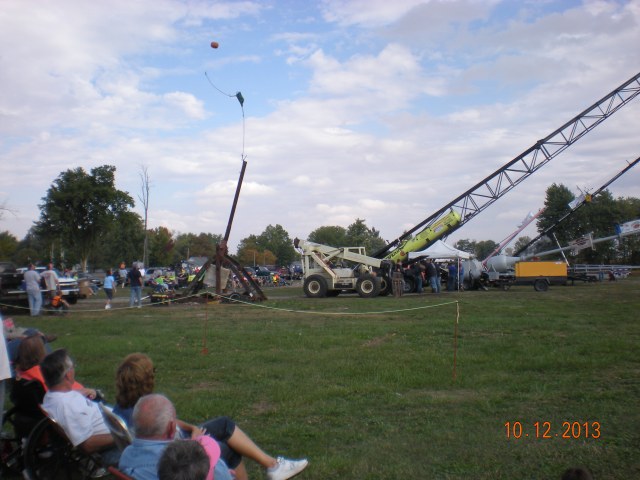 There were about five or six which were of the long gun variety . 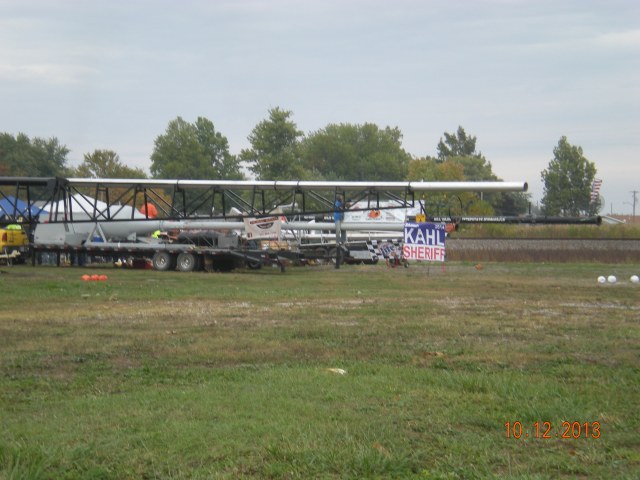 They shot punkins at cars about 100 yards away.

By the time they were through shooting at them they were pretty well mangled. After that the move one of the car about 1000 yards away and they angled their gun up and lobed punkins at it.

Today we went to Church in Carlinville with a few of the other RV MAPS people who are still here and afterward went out to lunch with another couple who are parked near us whom we worked with last winter in Wilmer, Al.

That about catches up with the happenings of this past week.  We are looking forward to moving on to our next project and seeing what God has for us there.

This entry was posted in Uncategorized. Bookmark the permalink.

1 Response to Convention Over

Navigating our way to a simpler life...

The Art and Craft of Blogging

The Art and Craft of Blogging

Bob and Billie on the road